Looking to learn more about Sandship? You’ve come to the right place! We are super busy making the game, and I think we need to show more stuff to our ever growing community while we are at it. So, inside scoop – up next!

This days we have a pretty much working version that is getting close to its private alpha prime time, and last week was all about bug fixing. It’s a huge list of 200+ bugs for this week.

Just before that though, we have finished working on our bot system, which is about different kind of flying vehicles that serve as support for the sandship. This includes “Caravan Freights”, “Transport Bots”, and “Scavenger Bots”. Scavenger bots do not in fact belong to the sandship, but rather fly around the desert on their own agenda. As for the first two – you can see them on the screenshot. 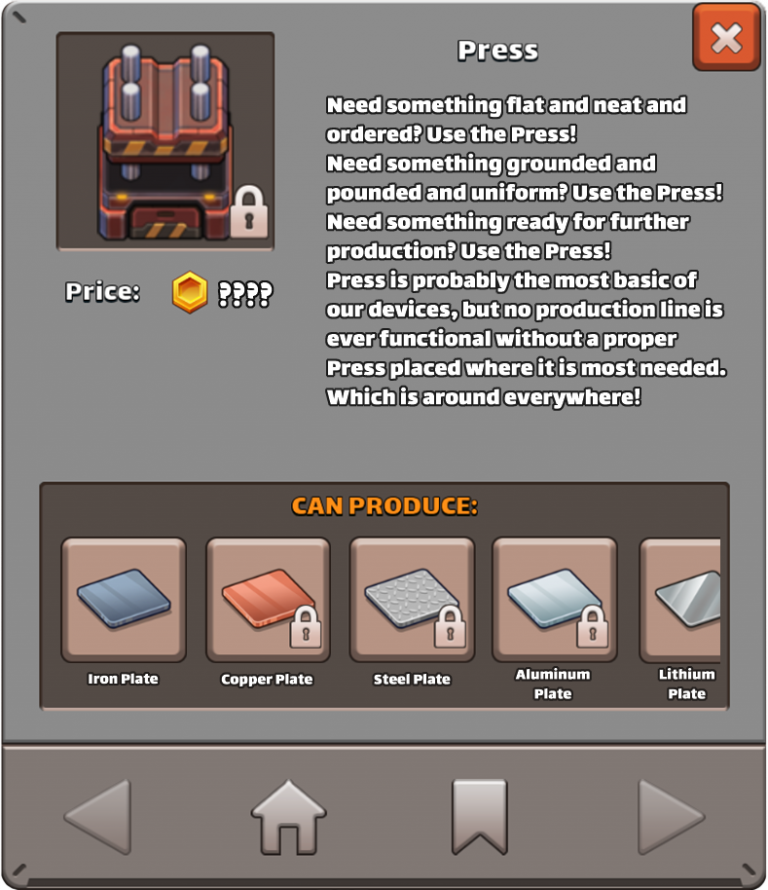 Besides we were also working on the glossary, which is a place where you can learn nearly anything there is to know about devices, materials, all kinds of research, and much more. We were also thinking to do some cool device reveals in the future.

Speaking of which (and you’ve probably already seen it in our previous teaser video), meet Press, which is one of the tools you’ll need while traversing the desert!

Now it’s time to get back to work as we can’t wait to show you more of Sandship. We are super excited and look forward to telling you more about the game! Stay tuned for more reveals in the very near future, and don’t forget to follow us to be informed among the first.

Oh and tell us what you think on Reddit or Discord, we need to know!