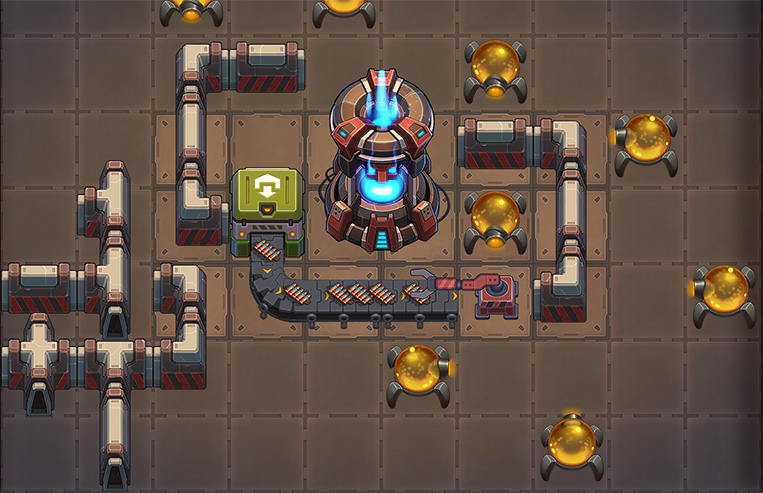 Hey there! And welcome to the 4th Dev Diary on Sandship.

We’ve been super busy on making new stuff. As the release date is closing in, we have to deliver. And really, there’s a lot of stuff going on behind the scenes that you might be interested to learn.

Today, we are going to talk about 3 main things: Electricity, Underwell and how our UI overhaul caused us 2 months of delay.

We received plenty of useful feedback from beta testing, and that forced us to re-imagine our UI. That also helped us understand that we might have to change the UI often, because it requires a lot of iterations. But our current system was in a way that re-making it took tremendous effort. So, we had to invent a new system that was really simple for us to make changes in the future. We had to remake A LOT of stuff, and that took A LOT of time. Much more than we expected. And that was a setback, so we are somewhat a little off schedule due to that. We are working hard to get back on track. The best UI is the one you don’t notice, so that’s what we’re trying to achieve 🙂

Now to the fun part.

This one is short. We’ve added a couple of new buildings that we call Puzzle and Sandbox Buildings. Puzzle Building is a small 1×1 building that you can use in your Sandship, and it has a unique purpose. This building is a simulation that Engineers used to fine-tune their skills back in the days. Every time you go in, you get a new size and new setup inside that for some reason isn’t working. An engineer is supposed to fill the gaps, add new devices or “rotate” the existing ones, to produce a required throughput. Once that one’s solved, the building will load the next puzzle.

Sandbox Building is a building that has no real throughput. Stuff that you produce inside is never actually made. And you never spend any real resources to make it. It can be any size you want, and you can put anything you want inside without even having to research it. It’s a full simulation to try out new things. These two buildings combined provide a unique opportunity for players to make their own puzzles and share with others. Eventually, there will be leaderboard and rewards. And we can’t wait to see what cool puzzles you guys can come up with.

UNDERWELL PIT (OR FINALLY A MODE IN SANDSHIP TO DO PVE BATTLES!):

Underwell Pit is another new building with an interesting twist to it. It’s a very dark kind of factory invented back in the days by the Tri-Laxian scientists to produce one thing and one thing only – the Everstone, the rarest material in the universe of Sandship. Here’s how it works.

According to old Engineer manuscripts, if Overwell is the light of the universe, then Underwell is definitely hell. Everstone can be only harvested from the Underwell, which is sort of a hidden dimension. To do so a Resonator is placed in the middle of the factory, which starts to produce Everstone seemingly out of nothing. It takes from 30 seconds to 2 minutes for a single piece of Everstone to be harvested.

Unfortunately, the Resonator well… resonates the space, and that attracts and summons Drifters. Just like mosquitos attracted to a source of light in the night, the Drifters leave the dark to attack the only thing that drives them mad – the working Resonator. They appear within the Underwell Pit building and attack from all sides. This means that defenses need to be built around the Resonator to protect it. If Drifters destroy the Resonator, they will go away but then you’ll have no Resonator and no Everstone. On the other hand, if you can hold on till Everstone is produced – something magical will happen. The Resonator will revert the time back, and start the same thing over, infinitely producing the Everstone at this specific rate.

Each level of Underwell Pit building comes with new enemies and behaviors, and thus you’ll need to come up with more elaborate setups to “survive”. It’s like a tower defense where your turrets, lasers and other murderous devices depend on stuff you produce on site. You can’t shoot if you don’t make ammo, but what if a Drifter destroys your conveyor belt? You only need to keep shooting for 30 seconds, so making working setups requires a lot of trial and error, but once it works it will enter an infinite loop of passive Everstone production. 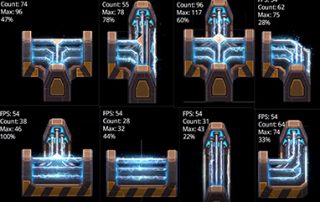 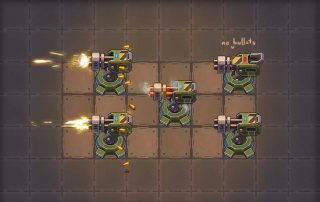 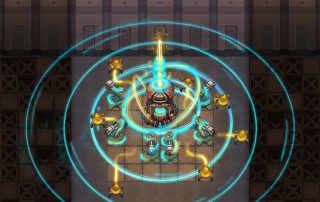 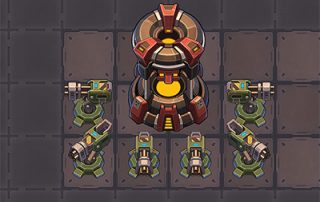 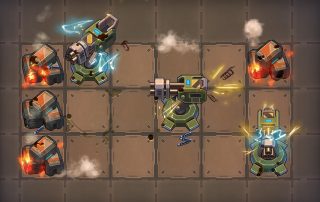 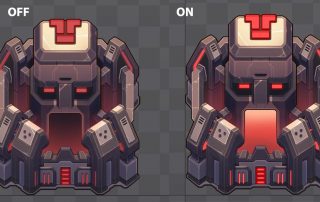 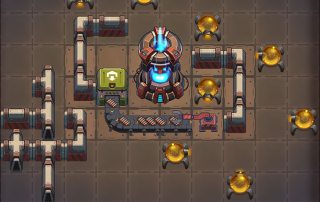 There is no production line without the joy of electricity production. The manufacturing process of the Engineers is very unique as it is, entirely based on the existence of Substance. And while the best and most efficient way in the universe of making electricity is harnessing it directly from the Substance, the knowledge has been long forgotten, and our Sandship is forced to produce it the old school way. At least for now. We’ve been working on this for several months now, I think it’s due time to tell you a little about our electricity-related devices.

All and all this covers all the basics of electricity production, and all you guys are missing are some screenshots and art from the game, so let’s get to it! 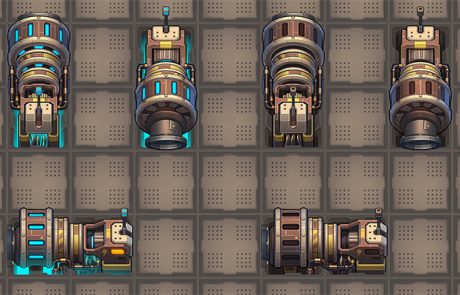 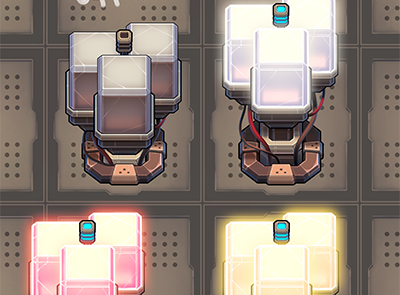