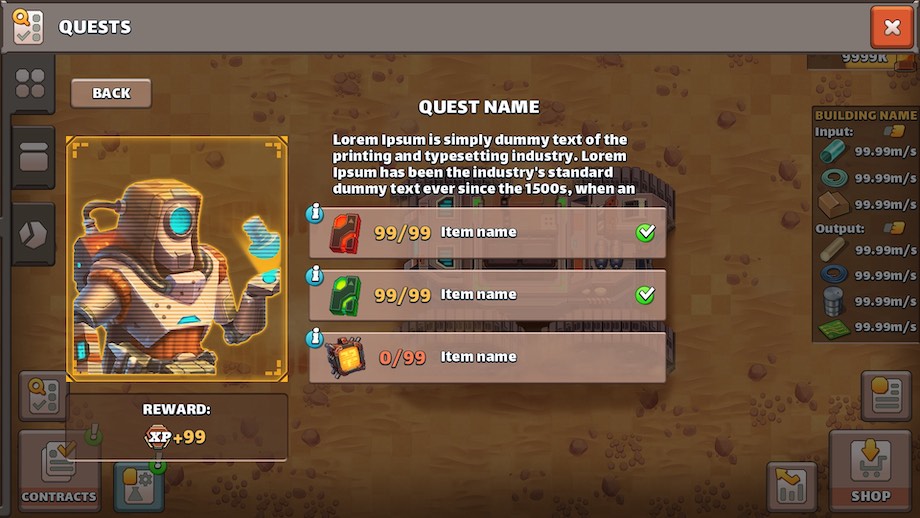 It’s time for our next developer update on Sandship. January was incredibly productive and we were working on bunch of things in order to get ready for the beta. Here is the list of noteworthy stuff with some screenshots!

If you are excited about the game as we are, click here to subscribe for news and upcoming beta (if you haven’t already)!

The world of Sandship takes place after an ancient race of Engineers vanished due to an undisclosed event – a thousand years ago. And while the knowledge of factories, manufacturing and science is long forgotten, the planet’s indigenous population kept some old crates with sweet ancient tech in them! These crates contain lots of scientific stuff left by Engineers: things like artifacts (this are very advanced parts) and data cards (think of this as super futuristic flash drives with science!). While crates are of no use to the main population, they are happy to trade this in for anything of a value, which is great if you happen to own a Sandship that needs enhancing – or if you plan to learn more science!

Our art team spent a lot of time crafting sixty of these beauties! There are 4 main colors – red, blue, orange and purple, in order to distinguish between crate rarity. Purple crates are the most rare.

Given that the player will be the only entity on the planet capable of the complex manufacturing process, the demand of things to be made will be immense. That is why Sandship will have a contract system. It will contain material orders from nearby camps that need things made.
The reward for each delivery will be in form of credits, crates and XP points.

We’ve spend a lot of time thinking about Sandships “imaginary” science. And we try our best to make sure it makes sense and is consistent with itself. Given the list of possible futuristic devices that Engineers may have had in order to do so-called “Overwell science”, we came up with about 30+ parts (and counting) that these devices might have consisted from. Just like crates they also have rarities with same color scheme.
Here are just some of them.

Quest System – is another huge part of the game we are working on. On your journey as a player, you will encounter various characters, that will give challenging quests. Some are simple like making materials. Others more complex, like constructing a very specific factories given a specific set of limitations. (Example: make a 10 iron rod per second factory in an 8×8 space.)
Currently we were finishing the user interface, and haven’t yet arrived at the one that we will love. But if it’s of any interest – here is our current working version. (And don’t be shy to suggest us some quest ideas!)

One of the most important things to fix before beta is inconsistent throughput. It’s the input and output numbers that the server simulates and shows on the right panel. We had some serious issues with numbers being weird due to current implementation, and it took us quite some time till we got it working ideally. Given the numbers are right, we can do cool things like creating exact times bottlenecks in order to encourage players to make more optimal setups. On the picture above you can see a setup of making copper wires from substance on a fully saturated belt system (10 substance in, 10 wires out). This setup is good when you want to get most out of your synthesizer. Oh, and due to the nature of belt balancing logistics, you may recognize some part of belt balancing setup from another game we all love 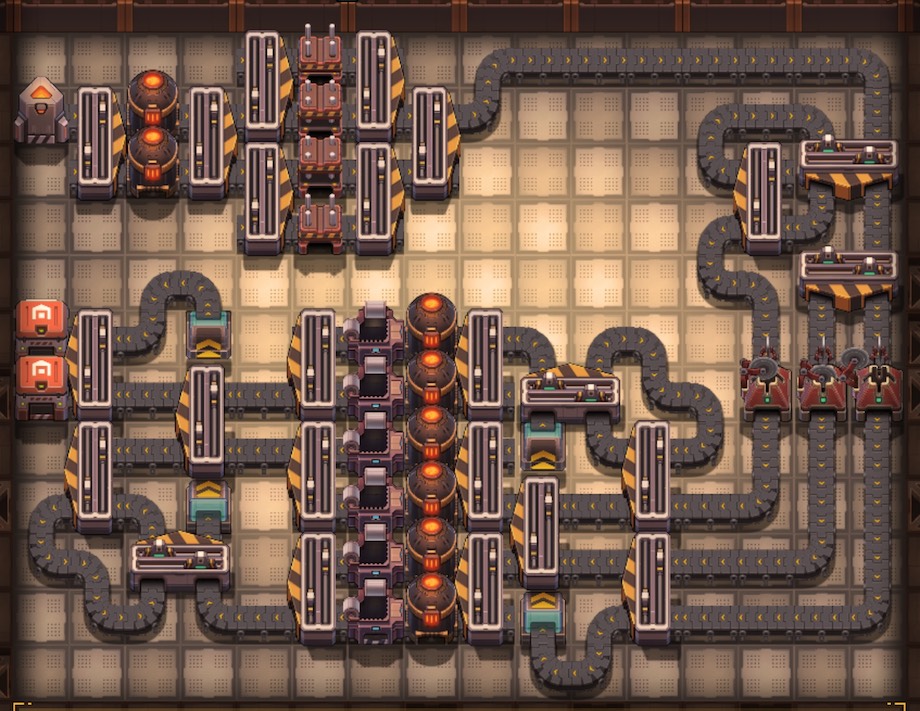 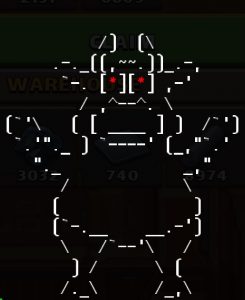 Like in any game, we couldn’t skip making an in-game console! We use it when running the game on desktop in order to test things quick!
Things like giving credits, materials, unlocking devices and so on. Of course it goes without saying this is only available for in-dev process, and will be gone in production.

It also outputs this good looking cow, which we change from time to time.
So, if you’ve got any good looking ascii cows, send them our way!

The left panel is used for everything; it can show buildings, materials and collectables. It also shows your current production in transit real time. Sometimes this panel is too big and you want to hide it, sometimes it’s small as you want to see more stuff. That’s why we spent four days to make it dynamic! It can now be dragged to be hidden or dragged to the center of the screen to take 50% of it, so you can see all of your stuff. (check the pic!)

As you can see we are working really hard in order to make private beta happen as soon as possible, and some of these features (such as quests) need to be completed before we do. As well as some numbers need to be tweaked. We are still unsure if beta will be – a sandbox to just check things out, or more of 5 days of legit gameplay. What do you think? This is probably one solid month of work till we are ready. And as you can see this project is huge, it’s much bigger than any of games we ever done, and it’s probably too complex for any mobile game I’ve played before. Lastly we want it to be perfect. Something has to give, and it’s always the – time. To help with the wait, we will try to post more of this kind of posts to keep everyone posted!